Since the drought and cyclones which hit many vulnerable communities in 2017, MfM have been working with the Malagasy association WTDM to help farmers get back on their feet after infrastructure and crops had been ruined.

Support has included repairing damaged schools, homes, waterpoints, bridges and dykes.  Farmers also received tools, seeds and watering cans.  For many it was too late to re-plant a rice crop so instead they focussed on quick crops like salad and winter vegetables which would generate income as well as feeding families.  Instead of facing hunger and financial hardship, farmers like Nirina now hope to raise enough income to pay for children to go to school.

Since 2009 Money for Madagascar (MfM) and their partner WTDM have been working to support the development of vulnerable communities in the Analamanga region, peripheral to the capital city, Antananarivo. Initially, work focused on provision of clean drinking water supplies. However, in April 2017, in the wake of a prolonged drought followed by cyclone ENAWO, MfM felt compelled to provide emergency response and early recovery support. Undertaking this work highlighted the poor food security and on-going vulnerability of households in these communities to natural disaster. Although emergency response is important, MfM’s focus is on helping people develop agency to solve their own problems. For this reason, in December 2017 MfM and WTDM embarked on a pilot project to help 7 communities increase their food security by improving agricultural production and reducing the impacts of climate hazards. Evaluation after 1 year suggests that the approach taken has been beneficial with regards to developing a diverse, sustainable and resilient agricultural base at the household level. However, it has also highlighted the need to:

4. Ensure that the farmer to farmer approach to spreading technological innovation will effectively cascade benefits to significant numbers of new households each year.

5. Ensure sustainability of the improvements by developing linkages with other key actors (government bodies, NGOs and Business) at a regional and national level who are working to strengthen climate resilience.

If you are keen to make a difference by supporting our projects starting now, and would like to make a donation, then please click on one of the following links to do so. 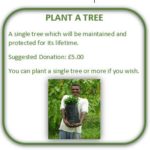 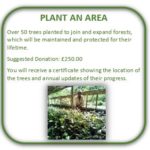 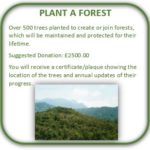